In this article we look to explain how simple it is to maximise wort production in a brew day using a NANO 3 vessel brewing system (3v). The purpose of this blog is to help you think more broadly about the 3v systems you have or are considering and how brewing production can be increased through simple change or broader thinking of how you use a NANO 3v system.

The greatest feature about a 3 vessel system is the output efficiencies in production, efficiencies that will always ensure the relevance of the 3v as a system within the brewing market.  In this blog we examine the usage of the 3 vessels with in a NANO 3 vessel system and how this can best be utilised to maximise output.

Most people decide to purchase a 3v system due to its double batching capability and the efficiency a 3v has when doing so.  With a NANO 3v system there are already double batching efficiencies as opposed to a single vessel system, by being able to mash a second batch whilst you are in the boiling phase of your first batch.  Cutting time out of the second batch when brewing is important to the needs of a number of brewers but we go even further and think more broadly or outside the circle to bring to light how even greater efficiencies can be achieved when double batching on a 3v.

Traditional Brewing on a 3 Vessel System:

Heating water in a mash system is one of the major time consuming factors in a brew day.  Traditionally in a NANO 3v system one of the 3 vessels is used as a hot water source, the HLT.   Water is placed in the HLT and heated and then feeds the Mash Tun which is the middle vessel.  Water from the HLT is crossed into the Mash Tun in order to Mash grain and at the end of the mashing period the water from the HLT is used to sparge the grains.  In both instances there are two different temperatures required for Mash water and sparge water and both of which draw time out of a brew day to achieve.  Heating and transferring water for mashing grain is around a 40 to 60 minute process, notwithstanding any set time delay feature a 3v system controller may or may not have.   In either case filling and heating of the HLT and transferring from the HLT to the Mash Tun is a process that must occur and there for a time considerations in a brew day when using a NANO 3v system traditionally.

Cleaning time in a double batch brewing scenario focuses around the Mash Tun.  In a double scenario the Mash Tun needs to be emptied of grains and cleaned of residual malt ready to accept the next lot of water and grain for Mashing.  In the case of the NANO Brewery tipping system this is very quick and easy and saves the brewer a lot of manual labour due to the tipping function of the systems Mash Tun.

In the final stage of brewing wort is crossed from the Mash Tun to the Boiler Kettle.  Once wort is crossed into the Boiler Kettle time in a brew day is absorbed by heating the wort to boil temperature and then going through a typical 60 minute boil where hops are added.  Once the boiling time has expired the wort needs to be cooled and transferred to the fermenter, then the boiler needs to be cleaned before it is ready to receive the next batch.  These timings can be extended with whirlpool additions and other factors in the production of particular styles of beer and this time must be a consideration when commencing the Mashing period of the second batch.

This is a simple trick but something not many brewers who own a 3v would think to apply.  In every case weather commercial or at home every building or dwelling will have a hot water service to provide the tenants with hot water.  In the case of a hot water service they all have some sort of ability to enable altering of water temperatures, in the case of the one we have at Cheeky Peak Brewery, it is as simple as pressing a button on a digital pad installed.  The hot water service at Cheeky Peak Brewery has temperature adjustment capability between 40C and 80C and enables instant hot water between these temps at a touch of button.

At CPB we have set up our hot water service so we can change the temperature easily.  The instant hot water service is feed by the mains water and runs on natural gas.  To use it in a brewing situation we have altered it further and plumbed in a 3 stage filtration system to filter the water and remove any chemicals present in our mains water prior to the water entering the hot water service. This filter system does not need to be tapped in prior to the system it can also be plumbed in at the out of the system.  Additionally we have added a water meter at the out of the tap fixture to measure the amount of water we are feeding into our system.

Setting up our hot water service like we have as per above we have in essence replaced the need for the HLT as we have created an instant hot water service that doubles as a HLT.  We have the filtration system and a way to measure the amount of water we are imputing into the Mash Tun for strike water and for sparge water and we are able to change the temperature of the water to allow it to be used for both strike and spargewater purposes.

Mashing periods do not change but typically a mashing period is shorter than a boiling period and even shorter when you do not need to fill, heat and transfer water from a tank within a 3v system.  Water is coming in at temp direct from the sauce it originally come from to fill a separate tank.

Now that the hot water service has become a HLT we have no use for the third vessel in our system.  In this case we look to repurpose the HLT and we change that to second boiler.  So what was once a HLT becomes a second boiler for supply of wort for the second batch.

Feed your Mash Tun from the Hot water service and you are filling one vessel and are able to add grains straight away.  With some hot water systems you may have to wait a little for the water to cool a little as it may have limitations on temperature setting, in this case combine hot water with a little cold water to ensure no lag time.

Now we have two boiler kettles, the HLT is now a Boiler Kettle and the Boiler Kettle is still used as in a traditional 3v application.  This is important as Mashing is always a shorter time period then bringing the wort to boil and then the boiling process and cooling process including any whirlpool additions.  Knowing the mash period is shorter and the boiling process is longer we need to cut out the lag time in waiting for the boiler to become free so we make the HLT a second boiler.  The HLT as a second boiler is free to transfer wort from the Mash Tun to the HLT.

By creating a HLT out of the hot water service you have now created a very quick double batching system.  You are able to Mash whilst you boil and boil whilst you boil.  You have cut out heating time and you are shifting less fluid around during a brew day hence the steps to double batch have reduced from 20 to just 13.  You have cut time out of batch one and dramatically cut time out of batch 2.

Now let’s look at other advantages.  Not only have we cut time we have saved on labour costs, the most expensive cost from a commercial operation perspective and opportunity costs for home brewers.  Additionally, we have enabled greater volume to sell or consume. The volumes produced on the 3v also allow for flexibility in styles as you are not restricted in double batching to brewing the same beer; two different styles of beer can be produced in the one brew session.

Other efficiencies in terms of the use of LPG or natural gas (direct fire systems) and electric heating combined allow for faster heating times as well as finer temperature control over vessels.  3v systems from NANO Brewery allow both gas and electric to be utilised. Nothing beats direct fire in terms of heating speed for LPG. Plus with the joys of finer electric temperasure control, the brewer gets the best of both worlds.

We hope by presenting this article we have broadened your thinking in terms of your brewing system decision and the use and size of the system as such.  Double batching and servicing the needs of a brewery at home or commercially can be altered if you think outside the circle.

Cheeky Peak has created the NANO Brewery 3v tipping system to save you time and money in cleaning and double batching. Thinking more broadly about how you use such a system can help you in your forward plaining.  Additionally to compliment  the tipping system we have created a third tipping option which allows the brewer to use the system in the broader context explained in this article as the HLT. If used as boiler, the third tipping option allows for all 3 vessels to be easily cleaned without heavy lifting or further potential OHS issues already presented to brewer in overall brewing operations.

Previous Reading
BULK PRIMING – Step by Step
Next Reading
My Keg is Over-Carbonated! What do I do? 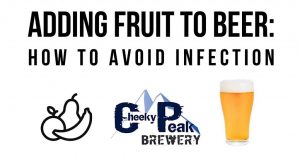 ADDING FRUIT TO BEER: How to avoid infection 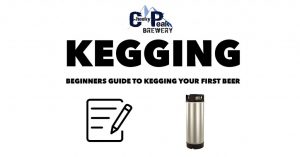 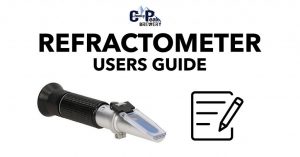 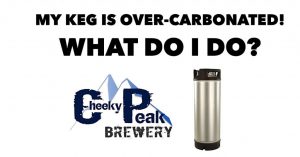 My Keg is Over-Carbonated! What do I do?

Home of the NANO Brewery

Cheeky Peak Brewery have custom designed a full range of turnkey Brewery systems to suit your needs. On site you can view our fully functioning Double Tip NANO Brewery System.